Orangutans, Indonesia’s People of the Forest
A courageous scientist and her photographer- husband chronicle the daily life of earth’s rarest apes. By Birute Galdikas- Brindamour and Rod Brindamour.
Women of the Revolution: Patriots in Petticoats { Patriots in Petticoats}
Lonnelle Aikman reminds us of the women – – some of them familiar, others all but forgotten – – who helped create an independent United States. Paintings by Louis S. Glanzman.
Miracle of the Potholes
Inhabiting tiny worlds that live and die with rain and drought, the fragile creatures of Utah’s desert water holes evoke the mystery and wonder of life itself. By Rowe Findley and Robert F. Sisson.
The Arab World, Inc. : Who Are Those Oil- Rich Arabs, and What Are They Doing With All that Money?
How much has the flood of oil- bought money affected the Arabian Peninsula? John J. Putman, and Winfield Parks find a growing sense of responsibility, and an atmosphere where hallowed tradition and dizzying innovation work side by side.
Alabama, Dixie to a Different Tune
I loved it all, the stereotypes and the surprises, says staff writer Howard La Fay of his travels in today’s South. Photographs by Dick Durrance II.

Be the first to review “National Geographic October 1975” Cancel reply 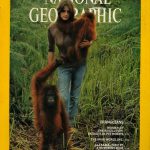