The Millennium Series/ Population { Population}
More people means more demands – – for space, nourishment, security, opportunity. Can the needs of all be met?
Antarctic Desert { Timeless Valleys of the Antarctic Desert}
Scientists studying an ice- free enclave known as the Dry Valleys, discover microscopic organisms living inside frozen rocks and minuscule worms that survive freeze- dried for decades.
Perfume, the Essence of Illusion
Orchestrating the fragrances of nature – – and their chemical counterparts – – master perfumers create a commodity no one needs but almost everyone wants. The multibillion- dollar scent industry is smelling like a rose.
Lewis and Clark, Naturalist- Explorers
Enthralled by Barking Squirils and unimagined Louisiana Purchase in 1806 with a valuable treasure: a detailed account of the land and creatures of the Rockies and beyond.
The Millennium Series/ Population { Feeding the Planet}
So far, global food production has kept pace with a burgeoning population. Maintaining that balance and finding ways to share Earth’s bounty are critical challenges.
The Millennium Series/ Population { Human Migration}
We are constantly on the move, from countryside to city and nation to nation, driven by ambition, political upheaval, and natural disaster.
The Millennium Series/ Population { Women and Population}
Birthrates fall and hopes rise as women gain access to education and health care.

Be the first to review “National Geographic October 1998” Cancel reply 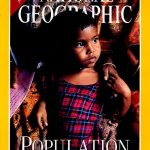