Businessman in the Bush
Fourteen years after he retired, author Frederick Kent Truslow continues to hone his skills as a wildlife photographer specializing in the behavior of North American birds.
Isles on the Edge of the Sea: Scotland’s Outer Hebrides
Off the northwest coast of Scotland, Gaelic- speaking villagers consider English a second language. The island of Barra inspired the author’s father, Archibald MacLeish, to write a poem included here.
Yugoslavia: Six Republics in One
Separated by language, culture, and religion, six diverse areas are joined under President Tito into a communist state unlike any other.
In Search of Man’s Past at Lake Rudolf
In northern Kenya, a son of Louis S. B. Leakey discovers two skulls of Australopithecus boisei and what may be the oldest stone tools to date.

Be the first to review “National Geographic May 1970” Cancel reply 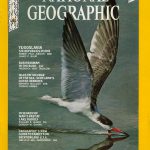