Living the Good Life in Burgundy
Only the bonhomie of its habitants exceeds the rich history and vaunted wines of this bountiful region of France, William Davenport and Robert Freson discover.
The Proud Armenians
Though uprooted from their ancestral homeland, a far- scattered people have not forgotten their traditions or their faith. Robert Paul Jordan tells their story, photographed by Harry N. Naltchayan.
Bizarre Dragons of the Sea { Dragons of the Deep}
Terrifying in name and visage only, 12- to- 18- inch- long relatives of the sea horse thrive off Australia’s southern coast. A picture story by Paul A. Zahl.
Pennsylvania: That Faire Land { William Penn’s Faire Land; Pennsylvania: Faire Land of William Penn}
Colossus of productivity, the Keystone state still cherishes its role in the nation’s beginnings and preserves vast sweeps of forest and mountain. Gordon Young and Cary Wolinsky roam Pennsylvania.
Glass Treasure From the Aegean
Preserved by the sea for 1, 000 years, priceless Islamic glassware is salvaged from a shipwreck in a Turkish cove by marine archaeologist George F. Bass. Photographs by Jonathan Blair.
Uncle Sam’s Museum with Wings { Of Air and Space}
The Smithsonian’s monument to man’s conquest of air and space is drawing visitors by the millions. Director Michael Collins, a former astronaut, introduces a pictorial tour, with photographs by Nathan Benn, Robert S. Oakes, and Joesph D. Lavenburg and

Be the first to review “National Geographic June 1978” Cancel reply 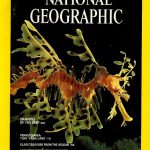