Ancient Greece { Echoes of the Heroic Age: Ancient Greece, Part I}
Echoes of Homer’s epic poem the Iliad emerge from Bronze Age sites around the Aegean Sea in the first of three articles about this legendary civilization.
The Brothers Grimm: Guardians of the Fairy Tale
Snow White, Rumpelstiltskin, Little Red Riding Hood: The fairy- tale characters that have entered world culture came alive on paper in the early 1800s when Jacob and Wilhelm Grimm collected oral tales in their German homeland.
Cheetahs: Ghosts of the Grasslands
Hunted by ranchers, attacked by lions, and deprived of much of their African and Asian habitat, cheetahs in the wild number perhaps 12, 000. Can conservationists move quickly enough to protect the world’s fastest land animal?
The Millennium Series/ Geographic Century { Geographic Century: Expanding Human Vision}
As the Society pushed the technological boundaries of photography, its staid research journal was transformed by arresting images of our world.
The Millennium Series/ Geographic Century { Survey 2000: Charting Communities and Change}
More than 80, 000 people from 178 countries and territories logged on to National Geographic’s website to take our sociological survey. What they had to say may surprise you.
The Florida Keys: Paradise With Attitude
Paying the price of popularity, the South Florida island chain faces escalating real estate costs and degradation of the only living barrier reef in the continental U. S. But that hasn’t stopped the party.

Be the first to review “National Geographic December 1999” Cancel reply 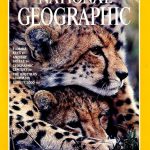