Labrador, Canada’s Place Apart
Cod fishing is down, mining is in trouble, and the kids are leaving, but if you think Labrador is finished, think again. A supplement map charts the history of this land of strange wild beauty and the rest of Atlantic Canada.
The American Prairie: Roots of the Sky { Grass Menagerie }
Only a few glorious patches of North American prairie survive, besieged remnants of the great grasslands that were home to Native Americans, bison, antelope, and prairie dogs.
Explosion of Life: The Cambrian Period { Life’s parade quickens ; New world of predators and shells }
More than half a billion years ago, an evolutionary frenzy gave rise to the main groups of animals in the world today. Recent fossil discoveries in China reveal myriad creatures of those ancient seas.
Afghanistan’s Uneasy Peace
For a decade Afghan guerrillas fought Soviet occupation – – now they fight each other for control of Kabul, the capital. But elsewhere there is healing for a nation depleted by one million war dead.
The Living Tower of London { Tower of London: Storehouse of History }
Hence with him to the Tower. A community of 50 families relish their residences in the infamous prison, where secret passwords still open gates.

Be the first to review “National Geographic October 1993” Cancel reply 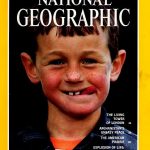