Orbit: The Astronauts’ View of Home
With handheld cameras and a childlike sense of awe, astronauts capture three decades of change on the face of the planet.
Sir Joseph Banks { The Greening of the Empire: Sir Joseph Banks}
The 18th- century English scholar and gentleman left a scientific legacy botanists still salute.
Gibraltar { Britain’s Precarious Stronghold, Gibraltar}
Britain’s hold on this Mediterranean remnant of empire is as solid as the Rock itself – – or is it?
Realm of the Seamount
A submerged volcanic peak off British Columbia plays host to a diverse marine community.
Colorado’s Front Range
Those wide- open spaces that lure newcomers to the east flank of the Rockies are shrinking fast.
Portia Spiders { Portia Spider: Mistress of Deception}
Invading another spider’s web, this fierce predator mimics the vibrations of a trapped insect to fool its prey.
Running the Shuiluo River { Shuiluo River; Rapid Descent: First Run Down the Shuiluo River}
A plunging Chinese waterway rewards rafters with a taste for bare- bones adventure.

Be the first to review “National Geographic November 1996” Cancel reply 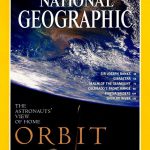