Studying Wildlife by Satellite
In a spin- off of the space program, biologists equip a Yellowstone bear with a radio- transmitter collar and temperature probe and monitor the animal within its den from space.
California’s San Andreas Fault
Two great slabs of Earth’s crust collide along a 700- mile fault system that bisects California, causing sometimes fatal earthquakes.
This Changing Earth
Volcanoes erupt, earthquakes shudder and, new land forms – – all the result of the movements of Earth’s crust.
Leakey, Louis S. B. : The Leakey Tradition Lives On { The Leakey Tradition Lives On}
The Society’s President pays tribute to the late scientist whose fossil finds rewrote the prehistory of man in Africa.
A Scientist Visits Some of the World’s Oldest People { Search for the Oldest People; Every Day Is a Gift When You Are Over 100 }
A professor at Harvard University Medical School searches for the secrets of old age in three places where longevity is commonplace: Vilcabamba, Abkhazia, and Hunza.
Ethiopia’s Artful Weavers
Former farmers, the Dorze – – a minority of 20, 000 in a nation of 25 million – – turn a traditional craft into a commercial enterprise.
Alaskan Family Robinson
A young couple and their two children take to the bush to construct cabins, harvest local game and berries, and relish the wilderness experience.
High, Wild World of the Vicun?a
A cousin of the camel, the graceful vicuna of the Andes has suffered from man’s desire for its silky wool coat. Recent land preserves and domestication efforts have halted the animal’s decline.

Be the first to review “National Geographic January 1973” Cancel reply 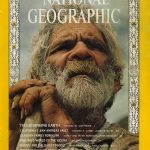