On the Trail of bin Laden { Tracking the Ghost of bin Laden in the Land of the Pashtun}
On the Trail of bin Laden The world’s most wanted man took refuge in the crags and caves of Tora Bora’s mountains along the Afghanistan- Pakistan border. The Pashtun people, who call this harsh land home, have made it one of the best hiding places on E
Africa’s Miracle Delta { Okavango: Africa’s Miracle Delta}
Africa’s Miracle Delta When Botswana’s seasonal floodwaters transform a parched plain into Africa’s largest oasis, there’s no better time to slip beneath the surface of the Okavango for a look around. Just watch out for the crocodiles. BY KENNEDY WAR
Searching the Stars for New Earths { Someplace Like Earth; Search For Other Earths}
Someplace Like Earth In an astronomical breakthrough, scientists are discovering planet after planet circling distant stars as the search narrows for a world like our own. BY TIM APPENZELLER PHOTOGRAPHS BY MARK THIESSEN
[ Titanic] Revisited { What’s Destroying [ Titanic] ; Why Is [ Titanic] Vanishing? }
Titanic Revisited Fortune hunters, tourists, and time have made the seafloor wreck site a titanic mess. The man who found the famous ship 19 years ago returns to survey the damage. BY ROBERT D. BALLARD
ZipUSA: Hot Rod Heaven { ZipUSA: Zoom Town; ZipUSA: 29550; ZipUSA: Hartsville, South Carolina}
ZipUSA: 29550 In car- crazy Hartsville, South Carolina, whole families prefer the fast track- satisfying their need for speed at the Darlington International Dragway. BY LYNNE WARREN PHOTOGRAPHS BY MARIA STENZEL
Rescuing Afghan Treasures { Saving Afghan Treasures; Saving Afghan Culture}
Saving Afghan Treasures The fabled Bactrian gold is back, but other antiquities are quickly disappearing from Afghanistan. With the country trying to rebuild after decades of conflict, can its past be part of its future? BY ANDREW LAWLER PHOTOGRAPHS BY K

Be the first to review “National Geographic December 2004” Cancel reply 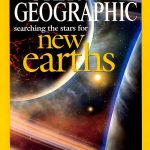