Our Obsession With Mars Missions

Since sky-watchers in the third millennium B.C. described it as a “wandering star,” Mars has fascinated people on Earth. It so intrigues us that by this month, 11 spacecraft and rovers are expected to be on or near the red planet.

Thanks to scrutiny of the actions of prosecutors, public defenders, and police, as well as advances in DNA analysis and other sorts of forensic testing, 182 people have been found innocent and exonerated from death row since 1972.

A Line in the Mountains

The story behind boundaries on the world’s highest battlefield.

Critics of the dogs’ treatment spur the end of tracks, race betting.

The ‘Train Ladies’ of Ukraine

A tradition as old as rail travel in Ukraine, these safety signal officers work in tiny houses at rail crossings, and help keep things on track.

Maybe climate change harms should be called what they are: man-made natural disasters.

From Lethal Trap to Artful Treasure

Human influences have negatively affected the flows of most of Earth’s 10 longest rivers.

We’ve been fascinated for millennia by Mars, seen here in images taken by (from top) the European Space Agency’s Mars Express, and the Viking Orbiter 1.

Be the first to review “National Geographic March 2021” Cancel reply 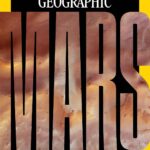