Stalking Birds With a Color Camera: An Expert in Avian Habits Persuades His Subjects to Sit Where He Wants Them, Even in His Hat
A professor of ornithology at Cornell University snaps color photographs of the blue jay, goldfinch, meadowlark, and other birds.
Pedaling Through Poland: An American Girl Free- wheels Alone from Kraków, and Its Medieval Byways, Toward Ukraine’s Restive Borderland
Learning half a dozen languages in her three- year journey from Geneva, Switzerland to Trieste, Italy, an American describes her adventures biking and rafting through southern Poland.
Looking Down on Europe Again: Crisscrossing Air Tracks Reveal Nature’s Scenic Masterpieces and Man’s Swift- changing Boundaries and Structures
Flying only commercial airlines, the author describes his adventures as he flew more than 15, 000 miles across 18 countries, from Egypt to Finland.
Kaleidoscopic Land of Europe’s Youngest King: Yugoslavia Holds a Mosaic of Slavs and the City Where Pistol Shots Touched Off the World War
Yugoslavia is a country of cathedrals, soaring peaks of the Julian Alps, vineyards, busy marketplaces, and vibrant citizens of several religions and cultures.

Be the first to review “National Geographic June 1939” Cancel reply 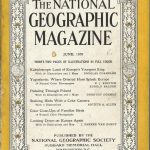