Newborn Panda in the Wild: A First Look
Close- up photographs chronicle the first days of a cub named Hope, born in the mountains of China to be one of the last 1, 200 giant pandas in the world.
Venus Revealed
Piercing the thick sulfuric clouds of our sister planet, the Magellan spacecraft maps in unprecedented detail a superheated world of impact craters and lava flows.
In the Heart of Appalachia
Faced with layoffs in the coal mines and a general shortage of jobs, the people of central Appalachia fight to turn their lives around and rebuild their region.
The Twilight of Apartheid- -Life in Black South Africa
Free at last – – almost – – the black majority in South Africa faces a new hurdle: bloody political infighting among the very groups that led the struggle for equality.
The Violent Saga of a Maya Kingdom
Landmark excavations in the rain forest of Guatemala uncover fortified cities abandoned in the ninth century, shedding light on the collapse of Maya civilization.
Mekong River { The Mekong- -A Haunted River’s Season of Peace}
The killing fields of Southeast Asia are still. Along the region’s major river – – flowing 2, 600 miles from China to Vietnam – – development attests to the hopes of six nations.

Be the first to review “National Geographic February 1993” Cancel reply 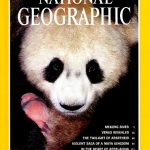