Polar Bears: New Cubs on the Ice { Bear Beginnings: New Life On the Ice}
The Arctic’s most formidable predator has a tender side too.
Journey to Shipton’s Arch { Journey to Shipton’s Lost Arch}
Five adventurers travel to western China to become the first to climb this geologic wonder.
The Blue Nile: Ethiopia’s Sacred Waters
This legendary river inspires both reverence and fear among the Ethiopians who live along its banks
Garrison Keillor: In Search of Lake Wobegon { In Search of Lake Wobegon: It’s in Central Minnesota, According to its Creator}
The author’s famous fictional town is alive and well and operating under several assumed names in the heart of Minnesota.
ZipUSA: 99705: Ever Wonder Where That Letter to Santa Wound Up? { ZipUSA: North Pole, Alaska}
Does this suburban town live up to its name? If you run into Kris Kringel at the North Pole Plaza Mall, ask him.
Fiordland { A Special Place: Fiordland: New Zealand’s Southern Sanctuary}
Craggy arms of rock reach toward the Tasman Sea in New Zealand’s largest national park.
Hunt for the First Americans { The Dawn of Humans: Hunt for the First Americans}
Who were the first Americans? It’s an open question as archaeologists weigh the newest evidence.

Be the first to review “National Geographic December 2000” Cancel reply 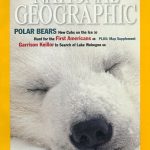