Badgers With Attitude { Honey Badgers}
Badgers With Attitude The tough Kalahari honey badger reigns as one of the desert’s fiercest hunters. TEXT AND PHOTOGRAPHS BY COLLEEN AND KEITH BEGG
The New Face of the American Indian { Indian: Scenes From a Renaissance}
Indian Renaissance Growing in numbers, cultural awareness, and economic clout, American Indians- honored with a museum on the National Mall- are reclaiming their place on the national stage. BY JOSEPH BRUCHAC PHOTOGRAPHS BY MAGGIE STEBER MAP SUPPLEMENT:
Signs From Earth: Heating Up. .. Melting Down. .. { The Heat Is On}
The Heat Is On There’s no question that the Earth is getting hotter- and fast. The real questions are: How much of the warming is our fault, and are we willing to slow the meltdown by curbing our insatiable appetite for fossil fuels? INTRODUCTION BY TIM
Global Warming: Bulletins From a Warmer World { The Heat is On; Signs From Earth: Heating Up. .. Melting Down. .. ; Introduction }
TimeSigns What causes climate change? Could a climate flip happen virtually overnight? BY VIRGINIA MORELL
53208: A School of Their Own { ZipUSA: Schooled in Tradition; ZipUSA: Milwaukee, Wisconsin}
ZipUSA: 53208 At the Indian Community School in Milwau- kee, Native American kids reconnect with ancestral traditions. BY FRANK CLANCY PHOTOGRAPHS BY PENNY DE LOS SANTOS
Steamship Republic { Treasure From a Civil War Wreck; Treasure Ship Meets Perfect Storm; Lost Gold: Bounty From a Civil War Ship}
Treasure Ship Meets Perfect Storm In 1865 a paddle wheeler packing gold, silver, and post- Civil War hope went down off the coast of Georgia. Now the treasure is coming home. BY PRIIT J. VESILIND PHOTOGRAPHS BY JONATHAN BLAIR 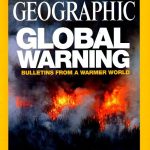