Earth’s Fresh Water: Under Pressure { Global Fresh Water; Water Pressure}
Water Pressure How can such a wet planet be so short on clean fresh water? The latest installment in the Challenges for Humanity series plumbs the problem. BY FEN MONTAIGNE PHOTOGRAPHS BY PETER ESSICK
Meerkats Stand Tall
Meerkats The meerkat motto: You get by with a little help from your friends. Welcome to the strange social life of one of Africa’s most beloved carnivores. BY TIM CLUTTON- BROCK PHOTOGRAPHS BY MATTIAS KLUM
State of the Planet: A Global Report Card { The State of the Planet}
State of the Planet In 1992, representatives from nearly every country met in Brazil to hash out what could be done to protect Earth’s resources. A decade later, here’s a global report card. BY MICHAEL KLESIUS MAP SUPPLEMENT: A WORLD TRANSFORMED
ZipUSA: 10013: After the Fall { ZipUSA: NYC: Ground Zero a Year Later; ZipUSA: New York City}
ZipUSA: 10013 Portrait of a neighborhood torn apart: Three New Yorkers- a firefighter, a television producer, and a journalist- remember September 11 and reflect on how it changed their shocked city forever. BY NOEL MAITLAND, DIANA KANE, AND PETE HAMILL
Black Sea Coast: Crucible of the Gods { Crucible of the Gods}/strong>
Crucible of the Gods Once upon a time in Turkey and Geor- gia, blood sacrifice to the gods really mattered. People still live that way along this isolated stretch of Black Sea coast. BY ERLA ZWINGLE PHOTOGRAPHS BY RANDY OLSON
The Great Lakes: Are They Shrinking? { Down the Drain? }
Down the Drain? The Great Lakes hold a fifth of Earth’s surface fresh water, and they’ ve shrunk dramatically. If it keeps up, shipping and fisheries could be left high and dry. BY JOHN G. MITCHELL PHOTOGRAPHS BY JAY DICKMAN

Be the first to review “National Geographic September 2002” Cancel reply 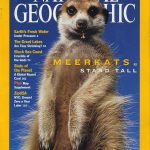