This single volume brings together more than 15 world-renowned writers and photographers from the United States, England, France, West Germany, and the Soviet Union. In the tradition of National Geographic qual­ity, with a freedom and breadth of access unprecedented in history, they take you on a tour of the world’s largest country. Here are its past and its present; its changes and its endurance; its contradictions and its surprises.

Seven regional chapters and a foreword present an infinite diversity of peoples and places. In Siberia, you’ll visit Baykal, the world’s oldest, deepest lake; travel the vast taiga; marvel at Kamchatka’s volcanoes and geysers. You’ll explore vibrant cities from west to east: Peter the Great’s Lenin­grad, on the Gulf of Finland; blue-tiled Samarkand of the ancient Silk Road, in the heart of Central Asia; Nakhodka, an inter­national port on the far Pacific shore; and Moscow — with its old byways, modern bus­tle, and the treasures of its Kremlin.

See mysterious Oagestan, its villages so isolated that even today its people speak more than 30 separate languages. Follow the sun across the Arctic, starting at a Chukchi village only 50 miles from Alas­ka, to learn the rhythms of tundra life with those who know it intimately.

You will meet scores of real people. You’ll come to know Ukrainians Moldavians, Estonians, Dolgans, Georgians, Russians, and many more nationalities. You’ll spend a day at the races; attend churches of more varied faiths than you may suspect. Enjoy camaraderie. food, and drink in a village deep in a high Caucasus valley; at a tiny dacha along the Volga; with an apple­ picking brigade in a Moldavian orchard. Adventure awaits!

Be the first to review “The Soviet Union Today” Cancel reply 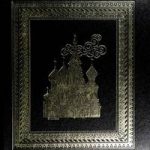