Offers a comprehensive guide to the world’s oceans, focusing on various forms of sea life around the world and the threats they face from pollution and global warming, as well as a behind-the-scenes glimpse of practical film-making under demanding and difficult conditions.

Be the first to review “Oceans: Official Companion to the Disney Feature Film” Cancel reply 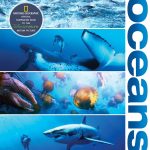