A Tiny Country Feeds The World

How science can help people fight the craving that fuels self-defeating habits.

Stewards of The Sea

Baja California communities are preserving their fisheries – and a way of life.

The health and environmental costs of cooking over an open fire and steep.

Walls and fences already separate parts of the U.S. and Mexico – and divide public opinion.

Be the first to review “National Geographic September 2017” Cancel reply 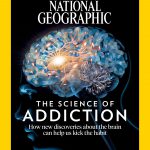