As cultures and languages disappear from the Earth at a shocking rate, it becomes all the more urgent for us to know and value the world’s many ethnic identities. National Geographic’s Book of Peoples of the World propels that important quest with concern, authority, and respect. Created by a team of experts, this hands-on resource offers thorough coverage of more than 200 ethnic groups—some as obscure as the Kallawaya of the Peruvian Andes, numbering fewer than 1,000; others as widespread as the Bengalis of India, 172 million strong. We’re swept along on a global tour of beliefs, traditions, and challenges, observing the remarkable diversity of human ways as well as the shared experiences. Spectacular photographs reveal how people define themselves and their worlds. Specially commissioned maps show how human beings have developed culture in response to environment. Thought-provoking text examines not only the societies and the regions that produced them, but also the notion of ethnicity itself—its immense impact on history, the effects of immigration on cultural identity, and the threats facing many groups today. Threading through the story are the extraordinary findings of the National Geographic Society’s Genographic Project—a research initiative to catalog DNA from people around the world, decoding the great map of human migration embedded in our own genetic makeup.

At once a comprehensive reference, an appreciation of diversity, and a thoughtful look at our instinct to belong, this uplifting book explores what it means to be human and alive. 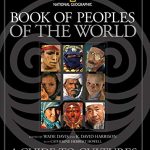