America’s Great Plains were once a vibrant grassland ecosystem, akin to the great savannahs of Africa. Here, a mere 200 years ago, Lewis and Clark stepped onto this fertile landscape and were awestruck by what they saw herds of bison, packs of wolves, grizzly bears, prairie dogs and more. Since Lewis and Clark s time, many of these iconic prairie creatures have all but disappeared.

Now, one of the most ambitious conservation projects in American history is underway to create a thriving three million acre wildlife reserve that will restore America s Serengeti. Filmed over 2 years in stunning high-definition, American Serengeti chronicles the massive restoration project and through CGI, will fast forward to the future when vast herds of American wildlife will roam the plains once again.

Be the first to review “American Serengeti” Cancel reply 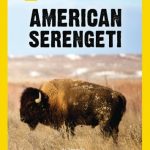