Experience the thrill of discovery as archaeologists pull back the veil of mystery that has cloaked Egypt’s mighty pyramids for 45 centuries! Travel deep into the Great Pyramid to witness a remote-controlled robot explore a mysterious shaft. Feel the anticipation and excitement as Egypt’s oldest intact sarcophagus is unsealed on camera for the first time. And join researchers as they unearth fascinating new clues about the culture of the people who built the pyramids – and how those people accomplished this epic engineering feat. You’ll be amazed by what’s uncovered – as National Geographic presents INTO THE GREAT PYRAMID.

Be the first to review “Into the Great Pyramid” Cancel reply 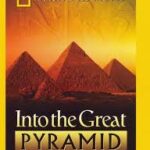