Elko, Nevada: The New Old West { ZipUSA: 89801; ZipUSA: Elko, Nevada}
ZipUSA: 89801 It seems no one wants to leave Elko, Nevada. Here are 50 reasons why. BY KATE KRAUTKRAMER PHOTOGRAPHS BY ROBB KENDRICK
Hawai` i Volcanoes National Park { Red Hot Hawaii: Volcanoes National Park}
Hawai’ i Volcanoes National Park Restless deities, lakes of fire, the newest land on Earth: This park never sleeps. BY JENNIFER S. HOLLAND PHOTOGRAPHS BY FRANS LANTING
Desert Reptiles of Iran { Iran’s Desert Reptiles; Into the Wild}
Iran’s Desert Reptiles A 30- year research project uncovers new species along with a viper that zoologists thought was extinct. BY ALAN MAIRSON PHOTOGRAPHS BY CLAES ANDREN
Seasons of the Snow Fox
Seasons of the Snow Fox Patrolling vast expanses, this wan- derer of the far north has adapted to cycles of feast or famine. BY JOHN L. ELIOT PHOTOGRAPHS BY NORBERT ROSING
Colombia’s Guardians of the Earth { Indians of the Sierra Nevada; Keepers of the World; Introduction’ }
Indians of the Sierra Nevada If they protect their sacred mountain home, the Indians of northern Colombia believe they will keep the entire planet in balance. It’s getting more and more difficult. INTRODUCTION BY WADE DAVIS TEXT & PHOTOGRAPHS BY STEPHEN
Who Were the Phoenicians?
Who Were the Phoenicians? We know they dominated sea trade in the Mediterranean for 3, 000 years. Now DNA testing and recent archaeological finds are revealing just what the Phoenician legacy meant to the ancient world- and to our own. BY RICK GORE PHOTO
The Big Uneasy { The Incredible Shrinking Bayou; Gone With the Water}
The Big Uneasy The Louisiana bayou, hardest working marsh in America, is in big trouble- with dire consequences for residents, the nearby city of New Orleans, and seafood lovers everywhere. BY JOEL K. BOURNE, JR. PHOTOGRAPHS BY ROBERT CAPUTO & TYRONE TUR

Be the first to review “National Geographic October 2004” Cancel reply 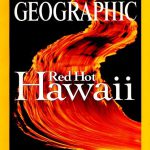