The people respond to reforms with excitement, black humor, and a large dose of skepticism.

It’s All in the Bubbles

No one knew how emperor penguins could rocket through the water so fast. Now scientists have discovered the secret.

In his wheelless paraglider, photographer Steinmetz flies over deserts, guided by dunes.

Cheetahs on the Edge

They’re shy and delicately built. They can’t roar. But the threatened cat is a shrewd survivor.

A VISTA volunteer, he made black friends, was attacked by whites. Now he and his camera return.

Be the first to review “National Geographic November 2012” Cancel reply 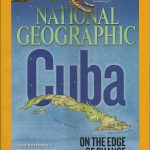