Can We Predict Quakes?
Thomas Y. Canby asks the question: Will the day come when people can routinely be warned before such a catastrophe occurs?
First Voyage Around the World { Magellan: A Voyage Into the Unknown Changed Man’s Understanding of His World}
Ferdinand Magellan lost both his life and his gamble to find a short route to the Indies. But he gave man a whole new view of the globe. Alan Villiers and Bruce Dale retrace the incredible odyssey.
[ Atocha] , Tragic Treasure Galleon of the Florida Keys { The Trouble With Treasure}
Tragedy and frustration have dogged all who sought Atocha’s riches. But now Mel Fisher and his dedicated colleagues have brought up relics worth perhaps six million dollars – – and many times as much still lies beneath the sands. By Eugene Lyon.
Kyoto and Nara: Keepers of Japan’s Past
Charles McCarry and George F. Mobley examine a heartening paradox – – unswerving devotion to the past amid the industrialization that has transformed this island nation.
Earthquake in Guatemala
The ground was still shaking when W. E. Garrett, Bart McDowell, and Robert W. Madden reached the stricken nation. Their words and pictures mirror Guatemala’s agony.
Turnaround Time in West Virginia
Elizabeth A. Moize and Jodi Cobb find a wave of hope – – and of solid accomplishment – – sweeping once- depressed valleys of Appalachia.

Be the first to review “National Geographic June 1976” Cancel reply 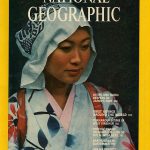